So this past week was a crazy experience. Things happen suddenly and sadly, but things always work in the way of the Lord. I"m still trying to figure out what exactly that is. I don't think I will ever truly know but until then,  頑張ります。(I will do my best.)

Tuesday was filled with lots of success. We were able to talk to a lot of people and see if they are interested. We worked super hard and were blessed in meeting 2 less actives that for some reason the other missionaries can't seem to meet. One of which has a son named Alma but the whole family is less active. She talked to us for a bit and she told us about how some of her family is still active. She said she can't come to church. I want to work with her because she has some potential.

Tuesday night it started to rain. hard. Up until now, August has been filled with lots of rain. Almost every other day it has rained. But this was super hard. The thunder was loud. The lightning was close. I haven't been scared of storms but that night there was a flash and a boom that scared me to death. I kept thinking back to the Mormon message about the teens playing football. I don't think I've ever been so scared in my life, honestly. All I could do is rush home and pray that I wouldn't get hit by lightning.

Wednesday we woke up early to a phone call from our Branch President. He said the rain caused some landslides in the mountains. We go outside and there is dirt in our parking lot. We aren't too close to the mountains but it flooded our area a little bit. Elder Ootani and I went with the branch president to see if there was anything we could do. The news said that 20 people died and 10 more were missing. We drove on the high way and you could see the damage in the mountains. People were walking along side the road in rain boots and with mud all over them. The rain that was received that night was the same amount of all the rain that came down in august.

On a bright note, we were able to meet with M randomly on Wednesday night. He told us that he really wanted to be baptized and receive the Holy Ghost. He doesn't know if it is true but he is progressing amazingly fast.

On Thursday we went and did some service. M loves service so he came along. There are cars completely covered in mud. This was only the base of the mountain. We cant go up. There were some less actives that we met and helped out. Elder Ootani and Correa had to go on junkai so we split. Somehow they were able to get another lesson with M. He said he will follow the the law of chastity

Friday we really couldn't dendo all that well. In the sky there were 5 helicopters circling around all the time. No one was home.

Saturday night we  got to see the baptism of Ling shimai. She is a Chinese girl who is amazing. I had the opportunity to interview her since I'm the district leader. She has such a pure heart! It makes me super excited for M!

Sunday we were able to teach another lesson to M. He has a little bit of a liking towards coffee and tea but in his prayer at the end of the lesson he said "God, I promise I wont do these things." I love that kid so much.

All in all, the area is great. The branch is wonderful. It is so warm and welcoming. I love them. I'm sad that the this area was hit by the disaster. It's going to take a long time to fix things. Some of the girls, Erika 18 and Aya 15... their friends died in the event. Right now the last time I heard there was around 40 dead and 50 still missing.

Please pray for these people.

Elder Jameson
Posted by Unknown at 5:45 AM

Email ThisBlogThis!Share to TwitterShare to FacebookShare to Pinterest
Labels: Yasufuruichi 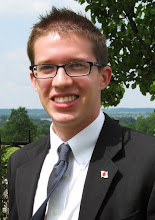 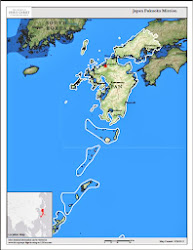